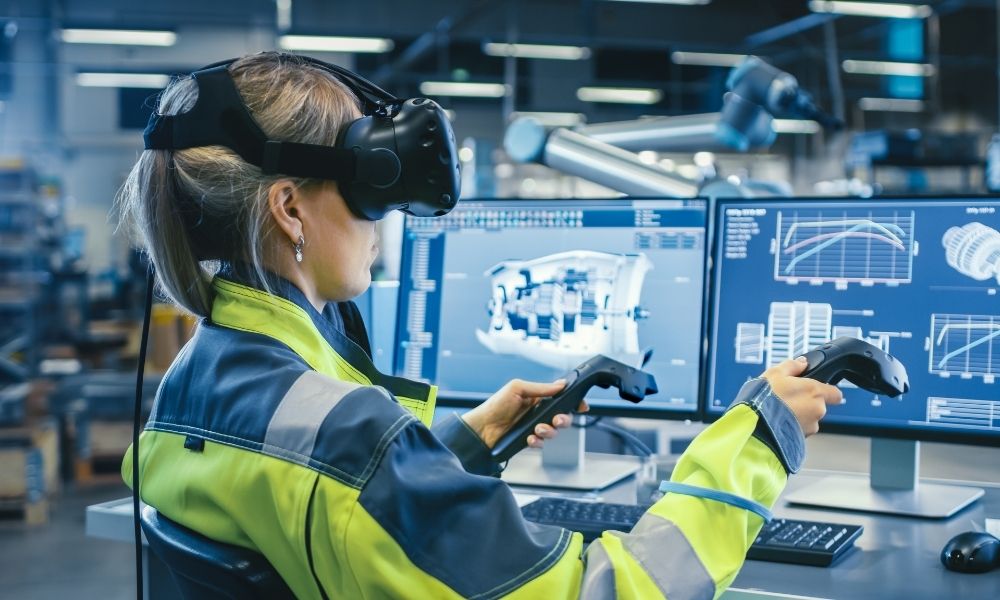 Near-eye displays are more common than people think. These devices are used in augmented reality systems and smart glasses. Even though the tools are becoming more popular in today’s society, most individuals don’t understand how they work. This article will overview the optical components for near-eye displays so that people gain a better appreciation for these mechanisms.

What are near-eye displays?

Near-eye displays are display measurement systems that people mount on their heads. Those struggling to imagine what the tools look like should think of someone playing a VR video game. Individuals who use this technology often have the misconception that it works like a traditional projector—this idea is incorrect. If an image were placed on a screen that close to the human eye, it wouldn’t be able to focus. Instead, when using a near-eye display, the eye converts light from the pupil to create an image on the retina. Now that we know what near-eye displays are, a discussion of their components can begin.

It’s essential to note that there are two types of near-eye displays: immersive and augmented. This detail is crucial when talking about optical combines. Immersive displays block someone’s vision completely so that they’re submerged into virtual reality. In contrast, augmented near-eye displays don’t block a person’s full vision, meaning that some light comes in from the outside world.

Optical combiners work differently depending on what kind of near-eye display the person’s using. Immersive optical combiners use power from the image generator and imaging optics to present a picture in front of the user’s eyes. Typically, there is a cubed-shaped beam splitter within the tool that distributes light to the eyes. Augmented near-eye displays are different because they draw light from the outside world to create a picture.

Gamma Scientific has run tests on near-eye displays for decades. One thing that makes our testing equipment unique is that it emulates the human eye so that people can get the most accurate results possible. Moreover, our testing tools meet standards laid out by the IEC and SID. Anyone who’s going to buy a near-eye display system should ensure that it’s been properly tested before purchasing.